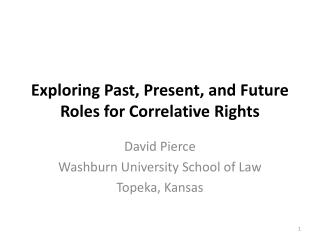 Exploring Past, Present, and Future Roles for Correlative Rights Exploring Past, Present, and Future Roles for Correlative Rights

De vacaciones - . to be able to talk about your holidays to practice the present, future &amp; immediate future

1964 Gene’s Comment – a true story - Past, present and future of earthquake analysis of structures by ed wilson draft

Understanding the Past; Being Honest about the Present; Planning for the Future - . a presentation for the saoim 2014

The past and the Future To Continue, Click  - . student objectives. students become familiar with basic characters,