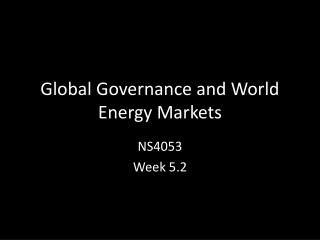 Slide 7-1 - . c hapter. reaching global markets. slide 7-2. after reading this chapter you should be able to:. describe

A-C, Governance and Transparency Experiences and Illustrations from around the world - . presentation for the government

Corporate Governance - . by: 1. kenneth a. kim john r. nofsinger and 2. a. c. fernando. role of media in ensuring

Energy Transformations - . law of conservation of energy. energy is never created or destroyed. the only thing that