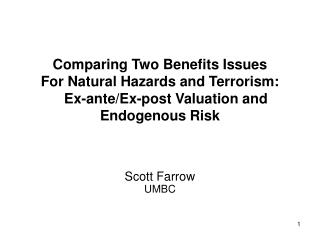 UMBC - . peoplesoft 8.4 financials chart of accounts. agenda:. what are we doing? coa objectives what is a chartfield?

Farrow and Ball Wallpaper - Stocking a large collection of different wallpaper brands, such as harlequin wallpaper,

Transfer Students at UMBC - . what we know, what we do not know, and what we are learning c. jill randles office of

The UMBC TAGA Demo - . what we have developed and achieved travel agent game in agentcities (taga) a fipa compliant