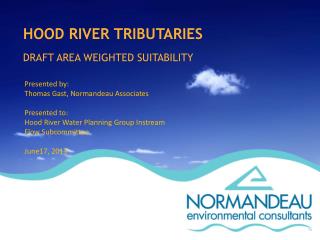 CHALLENGE OF BRANTAS RIVER BASIN, INDONESIA* - . by: dr. mochammad amron **. * presented to the launching of iwrm

A study on the water quality of Austwick beck - . by alec christie.

A river sings a holy song… conveying the truth that we are a river . If we are ignorant of this natural law… then