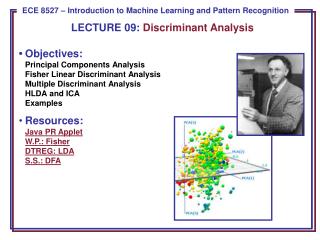 Discriminant Analysis and Classification - . discriminant analysis as a type of manova. the good news about da is that it