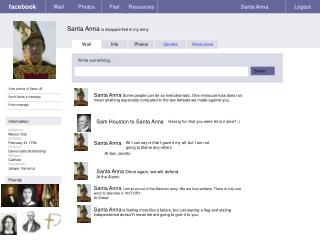 Facebook Pages 101: Your Organization’s Foothold on the Social Web - . a volunteer leader webinar sponsored by caco

Important Tips For Promoting The Business On Facebook? - In this article, you can get an overview of business promotion

facebook - Wall. photos. flair. boxes. name. logout. poseidon is preparing to fight beside zeus and hades to imprison the