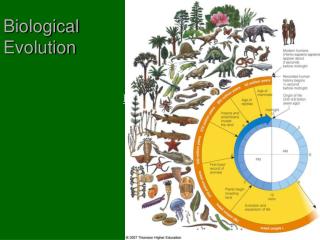 Unit VI - Evolution - . ~ a unifying theme of biology ~. introduction to evolution. what does biological “evolution”

Evolution and Biodiversity - . biological evolution. has led to the variety of species we find on earth today. how do we