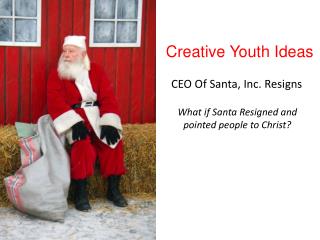 What if Santa Resigned and pointed people to Christ? 28.4 Turmoil and Change in Mexico - . political, economic, and social inequalities in mexico triggered a period of

Termination of Employment, Confidentiality and Non-Competition An Introduction to the Legal Issues - . by jeremy sargent