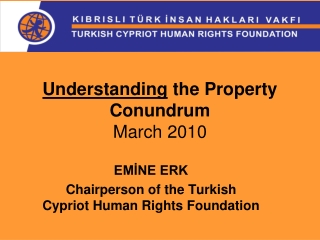 4 Understanding the Property Market - . objectives of lecture: discuss the property market and its constituting elements:

Copper Conundrum - . 6-7a chemistry. purpose. our purpose as a company is to reclaim the greatest amount of copper