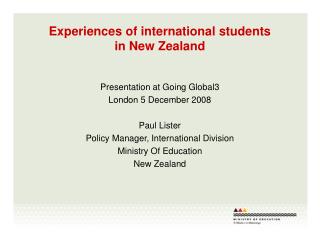 Things You Should Not Do When Studying Abroad - Road 2 abroad, being one of the best study visa consultants in delhi Vivienne Anderson Faculty of Dentistry University of Otago New Zealand - The importance of impurity: reflections on a

A New Country A New Experience - . eric kaufmann. open your door to the future. an international education is important

Study Abroad at The University of Nottingham - . presentation. consistently ranked in the uk’s top-10 universities and

Successful Adjustment of International Students in English-Medium Universities: A Model of Academic and Communicative