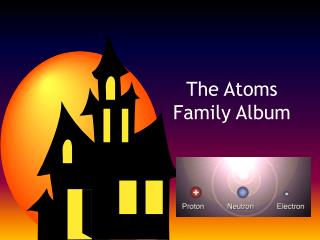 The Atoms Family Album. Directions. As we read the story as a class, fill-in the following for each character: Name Description Favorite Activity Facial Picture (draw a face based on the description using the circle). The Story….

HSPE Science Review - . questions 1-60. why do atoms bond to one another? a. to gain an octet of electrons b. to become

Chemical Bonds The Formation of Compounds From Atoms Chapter 11 - . hein and arena . 11.2 lewis structures of atoms.

Year Exam Revision - . year 9 topics – electricity, atoms, body b eautiful and waves. atoms. atoms. an atom is made of;