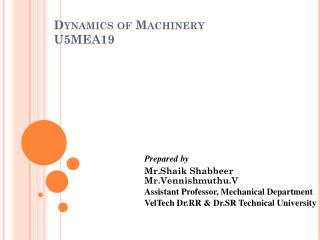 Dynamics - . the generalized momentum was defined from the lagrangian. euler-lagrange equations can be written in terms

ME 407 Advanced Dynamics - . we will learn to model systems that can be viewed as collections of rigid bodies. common

Ganesh Machinery - Since 1985, ganesh machinery has been delivering high value market machine tools for a variety of

Interpersonal Dynamics - . chapter 8. some questions. what types of communication define what an interpersonal