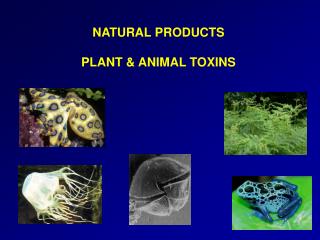 Plant Toxins - . michelle i. javier bachelor in science in chemistry for teachers. what is toxin

Are plant and animal cells the same or different? - . most living things can be divided into two. do you know what they

Natural products: fats and oils - . intermediate 2 chemistry unit 2(e). key questions. what is the difference between a

Plant &amp; Animal Cells - . the discovery of cells. robert hooke in 1663 looked at plant cells under a microscope

Georgia Plant And Animal Adaptations - . there are many plant and animal that have adaptations so they can survive in

PLANT CELL AND ANIMAL CELL - . how do plant cells differ from animal cells? by miss caparos. do now. identify the

Animal &amp; Plant Domestication - . what does it take for an animal to be domesticated?. flexible diet reasonably

Habitats SOL 3.6 - . the place where an animal or plant lives and grows: a home. everything around a plant or animal is

ETHICAL ISSUES CONCERNING THE EATING OF ANIMAL FOOD PRODUCTS: HONEY - . animal products are a major component of the