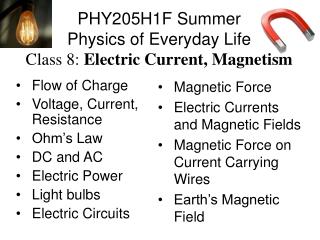 Physics of Magnetism - . physical principles of magnetism. in order to understand how rocks, or, more correctly, the

Physics 8: The Physics of Everyday Life - . tom murphy spring 2006. course goals. explore what physics has to say about