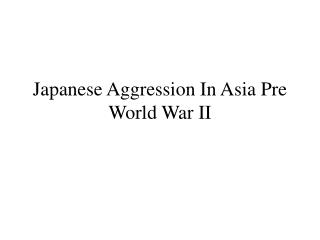 The Neurobiology of Aggression and Violence - . christopher m. filley, m.d. professor of neurology and psychiatry

Human Aggression - . chapter six. human aggression. we americans display a chilling acceptance of violence that, at