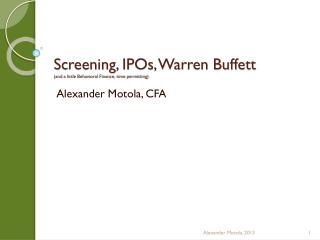 IPOs - . ipo. an ipo is the first time that the general public is able to invest in the firm an ipo generally happens

Introduction to investing - . brought to you by: online share trading presented by: simon pateman brown. “you don’t