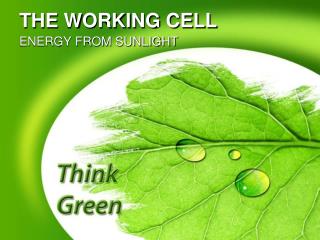 THE WORKING CELL. ENERGY FROM SUNLIGHT. PHOTOSYNTHESIS USES LIGHT ENERGY TO MAKE FOOD. The Structure of Chloroplasts As learned previously, the chloroplast is the organelle where photosynthesis takes place. The chemical compound, chlorophyll is contained in the chloroplast.

PLASMA MEMBRANES - . every cell has a cell membrane. functions of the plasma membrane. regulates the passage of materials

A Cell is like a Factory - . task 1. glue the cell/factory chart into your journal. how can a cell be like a factory???.