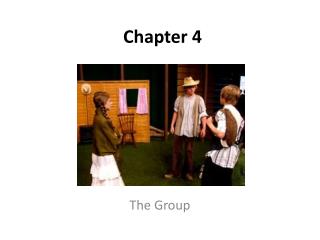 Chapter 4. The Group. Chapter 4. “There was a time when I passed out of a placid period into one where things kept on happening.” Who says this quote? What were three “major happenings” in this chapter?