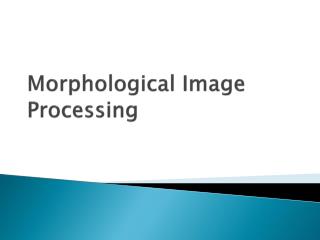 Morphological Image Processing - . morphology. morphology the branch of biology that deals with the form and structure of