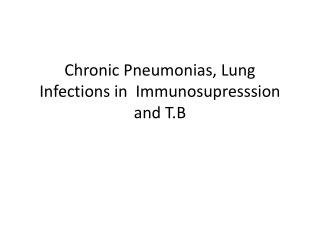 Nosocomial Infections - . patrick kimmitt. today we are going to cover…. the factors that contribute to nosocomial

Diseases of the Respiratory System - . pathology department of sichuan university su xueying. normal structure of the

Infections In The Immunocompromised Host - . objectives of this lecture: to review the components of the host defense