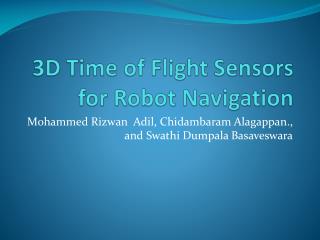 Robot Design - . research, development, and testing. deciding on the build. robot must be able to turn without deviating

PRISM Robotics - . project concept. vehicle design. the base platform is an atv. tracks are added. a shell is built. the

Localization &amp; Navigation - . announcement : robot manipulator lab will be due the week of march 29th. computer

Sensors - What are sensors?. robot's window to the world!sensors measure a physical quantity, they do not provide state