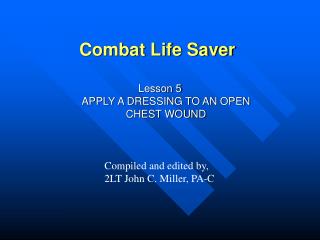 ANTIBIOTICS IN TACTICAL COMBAT CASUALTY CARE (TCCC) - . infections and sepsis are a late cause of morbidity and mortality