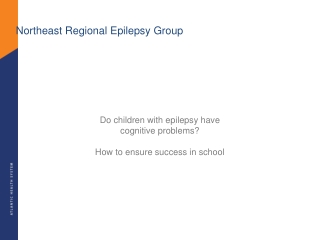 Pediatric Epilepsy - . overview of seizures and epilepsy and medications management of specific issues the first

Epilepsy and Seizures in Adults: From Diagnosis to Treatment and Beyond - . eduardo garcia, md assistant clinical