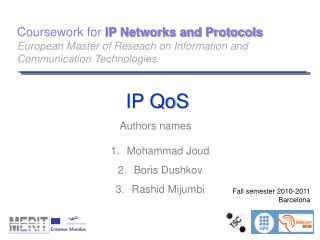 IP QoS Principles - . theory and practice dimitrios kalogeras. a bit of history. the internet, originally designed for u.

IP QoS for 3G - . a possible solution. the main focus of this network qos mechanism is to provide one, real time, service