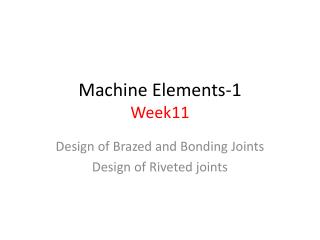 AGE222-INTRODUCTION TO FARM MACHINERY-2UNITS - . machine elements: shafts, belts, chains and gears are the major types of

Finite State Machine - . finite state machine (fsm). when the sequence of actions in your design depend on the state of