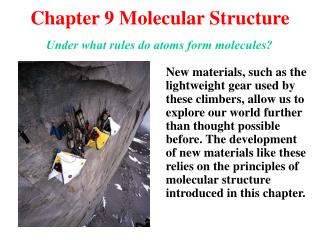 Chapter 9 Molecular Structure. Under what rules do atoms form molecules?.