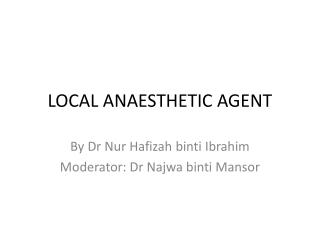 Your Anaesthetic Should be Apologetic: Anaesthetic Actions That You Don't Want - . jason t maynes, phd/md departments of