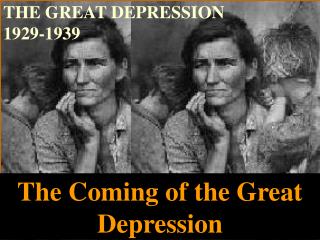 Depression - . dr. aubrey h. fine. for many years, children and adolescents were thought incapable of experiencing

Southern Class Structure in the 1930s - . by: katy saindon ilia savin. background information. • in 1929, the great