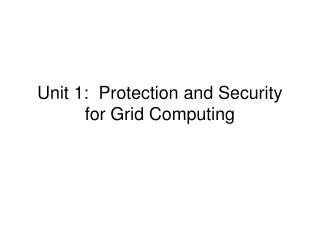 Basic concepts and Taxonomy of Dependable and Secure Computing - . ieee transactions on dependable and secure computing,

Architecture of Message Oriented Middleware - . middleware. middleware is the software that assists an application to

Chapter 2: Fundamentals and Issues with Cooperation in Networking  - . mohammad s. obaidat, fellow of the ieee and

CS 306 - . slouching toward the ordinary current trends in computer-mediated communication susan c. herring. it has

TECHNOLOGY GUIDE ONE - Computer hardware tg1.1 introduction hardware refers to the physical equipment used for the

The Grid computing - . presented by:- mohamad shalaby. what is grid computing?. computational grid  is a collection of