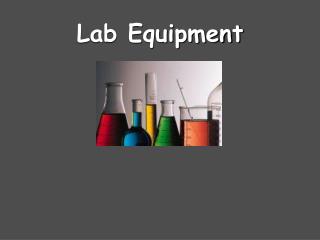 Lab Equipment. Beaker. Beakers are containers that hold solids or liquids. They are not measuring tools. Many can be heated. Graduated Cylinder. A graduated cylinder is used to measure volumes (the space a liquid uses) of liquids . Unit of measure is mL.

Lesson 19 - . cargo handling equipment ( 货物装卸设备 ). the various items of machinery and equipment can be found

What equipment did a cowboy have? - Click on a part of the picture to find out more the lariat the lariat or lasso was a

Pediatric equipment - . by dr. amr maher darwish lecturer of anethesia. in this lecture we are going to discuss the kind