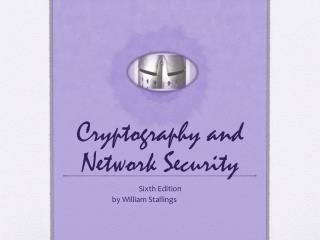 Cryptography and Network Security. Sixth Edition by William Stallings . Chapter 8. More Number Theory. The Devil said to Daniel Webster: “Set me a task I can’t carry out, and I’ll give you anything in the world you ask for.”