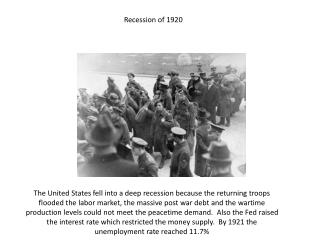 Environmental Law in a time of Recession: Lessons from the Past, Plans for the Future - Instituto politécnico do cávado

1920s and 30s The Great Depression - . review. this was the name given to the period of fear of communism in the u.s.