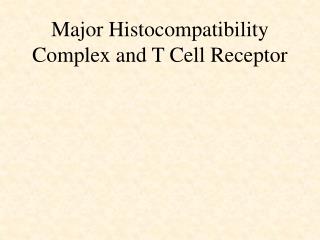 The Nervous system - . the nerve cell is the basic unit of communication in the vertebrate nervous system. three classes

The Major Histocompatibility Complex - . antigen presentation and processing and the relationship to susceptibility and