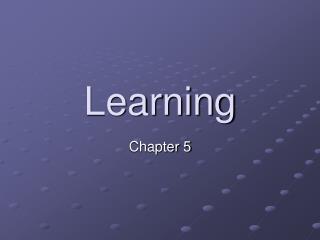 Learning. Chapter 5. Define Learning. Learning is a relatively permanent change in behavior as a result of experience. Associative Learning learning that two events occur together two stimuli a response and its consequences. Learning to Associate 2 events. Conditioning.