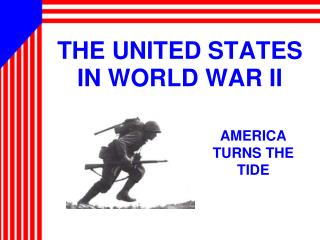 THE UNITED STATES IN WORLD WAR II. AMERICA TURNS THE TIDE. SECTION 1: MOBILIZING FOR DEFENSE. After Japan attacked Pearl Harbor, they thought America would avoid further conflict with them The Japan Times newspaper said America was “trembling in their shoes”