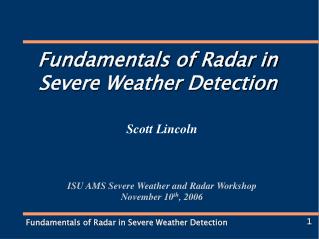 Weather - . the condition of air on earth at any given time or place- whether its warm or cold, dry or wet, blowing or

Image Fundamentals - . how are images represented in the computer?. color images. image formation. there are two parts to