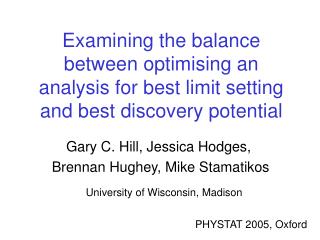 Brennan Hughey University of Wisconsin – Madison for the AMANDA Collaboration - . recent results from the amanda

Tom Brennan - . motifs and symbols. black. darkness or black is used throughout the novel to depict a state of despair.

Al Hodges References - . part 2 of 4. when you need cover for plants or people, a $20 hoop house may serve the purpose.