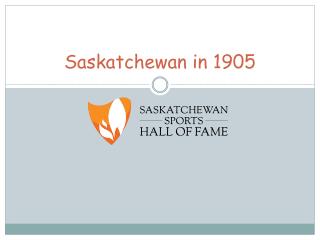 Saskatchewan in 1905. Moving out West!. Pack up your bags! You and your family are moving out west! Why did people move to the Prairies?. The Dominion Land Act of 1872…. free homesteads of 160 acres were offered to farmers who cleared ten acres and built a residence within three years…. Historical Curriculum in Saskatchewan - . the constitution of white subjects. where has curriculum

Historical Curriculum in Saskatchewan - . the constitution of white subjects. connecting with last week…. what kinds of

1905 Revolution - . by jean. bloom question. remembering what happen after the bloody sunday? understanding what was main