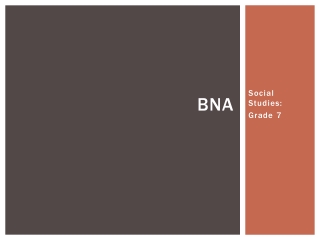 BNA. Social Studies: Grade 7. Politics. Great Britain had won all of Frances colonies in North America. America had just had a revolution and had broke away from Britain. What we know today as Canada was Geographically British North America. Politics.