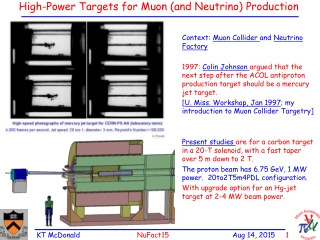 High-Power Targets for Muon (and Neutrino) Production. Context: Muon Collider and Neutrino Factory 1997: Colin Johnson argued that the next step after the ACOL antiproton production target should be a mercury jet target.