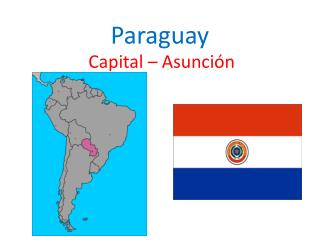 Population of the Jesuit Missions of Paraguay - . robert h.

Paraguay - . climate. according to the geography of paraguay, climate of paraguay varies a great deal between paranena

Background - Advancing a range-wide approach to waterbird conservation at priority sites throughout the neotropics.