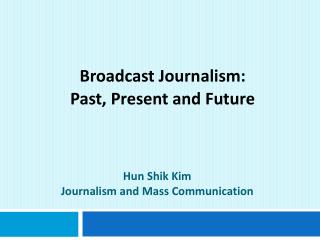 Communication/Television - . television. about tv. what is the television. why was it created?. the inventor. when was it

NON-SURGICAL MANGEMENT OF SPINE AND JOINTS abnormalities in Korean medical center « Jasen » - . president of the korean