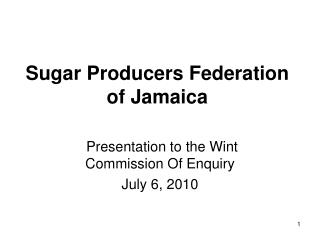 Terminology - . the sugar in wine is mainly glucose and fructose, with traces of arabinose, xylose and other sugars that

The new international Diabetes Federation (IDF) definition - According to the new idf definition , for a person to be

Underwater Archaeology at Port Royal, Jamaica - . atamu/ina project. questions to be considered. 1. how was the site

Sugar isn’t always so sweet: What YOU can do to prevent pre-diabetes and maintain a healthy lifestyle - . michael

Lecture 6: Diabetes, sugar, and ATP - If you could peer into the crystal ball and see how you were going to die, would