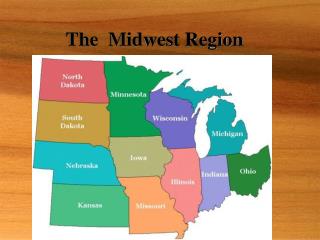 NORTHEASTERN REGION - . northeastreg-mi. for agent training use only; not approved for use in sales presentations.

The Eastern Woodlands - . the region. because the region is so large, it is broken into smaller geographic regions. there

Treatment and Prevention of Opportunistic Infections: Options for the Caribbean Region - . excerpted from presentation by

Textbooks - . the right book at the right time. for students with visual impairments. special thanks: tricia lee (region