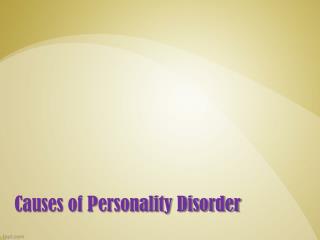 http://jordantherapy.com/ One of the most prevailing lineaments of this disorder is the bias of the person to reply to certain situations without thinking rationally of the implications or impact of the responses. Personality Disorder - Dr. sarah jane khalid is a therapist and psychologist in london. she's having 14 years of

PERSONALITY DISORDER - . managed regional clinical within a development network programme. (i) what is a managed

PERSONALITY DISORDER - (i) what is a managed clinical

Causes Of Autoimmune Disorder - There are more than 80 types of autoimmune disorders. here are some of the causes of

Borderline Personality Disorder - . definition. borderline: on the “borderline” between “neurosis” and