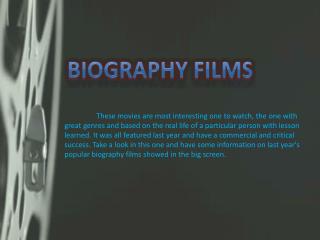 This presentation is about films that is based on real life of a particular person and the film will give moral lesson. All the films was release last year and receive great reviews from film critics. For more information Contact Us: www.alluc.com/stream/