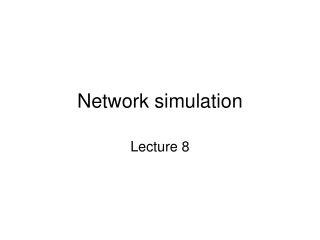 Network simulation. Lecture 8. Emulation vs. simulation. Emulation: the functioning of a device or of a system is replicated as close to reality as possible Usually the emulated system can be replaced with the emulating system