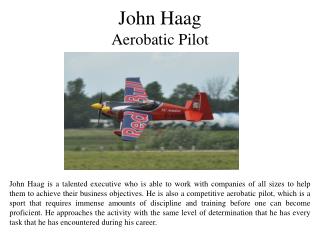 John Haag was born in Karachi, Pakistan and spent much of his childhood moving with his father to various countries and American states. His father was an aircraft mechanic who was stationed in Pakistan when Haag was born and eventually went on to serve his country in the Vietnam War. Once the war was over, Haag’s father moved to Virginia with his family. International Aerobatic Club Local Chapter - . why should we start one and how do we get started? a.j. hefel. what is

Individual Counseling Den Haag - Choose angelika matthias, at balance for your life, as your counseling coach if you are