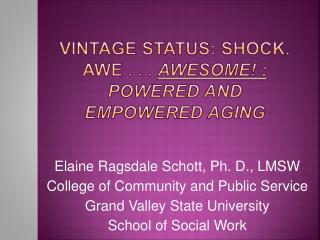 Sociological Theories of Aging (1) - . introduction. this chapter presents some answers—theoretical statements that

SHOCK DOOMSDAY - . vicken y. totten. shock lecture thanks to david cheng md and all who taught me. definition. shock :