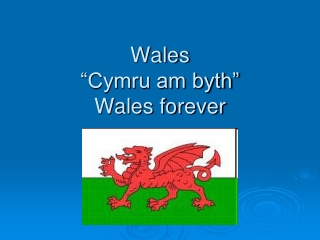 Wales “Cymru am byth” Wales forever. First things first…. Take out your homework and let’s discuss the interesting facts you found about Wales. Important Facts: Capital City. The capital city of Wales is Cardiff. It has a population of just over 300,000 people. It